Where is Cannabis Legal?

Marijuana is slowly becoming decriminalized all over the world. Some countries have fully legalized cannabis, while others have only decriminalized certain aspects of the plant. Here is a list of where cannabis is legal in the world, as well as some notes about each country.

Australia: Cannabis is decriminalized in the Australian Capital Territory, South Australia, and Northern Territory. Possession of small amounts is punishable by a fine, and there are no jail sentences. However, cultivation and trafficking are still illegal.

Canada: Cannabis is legal for both medical and recreational use nationwide. Adults over the age of 18 are allowed to possess up to 30 g of dried weed, or its equivalent in non-dried form. Some provinces require a higher minimum age of 19 years old.

Czech Republic: Medical use of cannabis has been legal since 2013, and possession of small amounts was decriminalized in 2010. However, cultivation and sale are still illegal.

Germany: Medical use of cannabis has been legal since 2017. Possession of small amounts was decriminalized in 2016. However, cultivation and sale are still illegal.

Spain: Medical use of cannabis has been legal since 2015. Cultivation for personal use is also allowed.

United States: Cannabis is illegal at the federal level, but some states have legalized it for medical or recreational use.

Uruguay: Cannabis is legal for both medical and recreational use nationwide. Adults over the age of 18 are allowed to possess up to 40 grams of cannabis. Cultivation is also legal.

While these are the countries where cannabis is currently legal, it’s important to note that the laws are always subject to change. More countries are legalizing cannabis around the world.

In October 2018, Canada became the second country in the world to legalize cannabis for recreational use. The Cannabis Act came into effect on October 17th, 2018, making it legal for adults over the age of 18 to purchase, consume, and grow cannabis.

The Cannabis Act allows adults to possess up to 30 g of dried weed, or it’s equivalent in other forms. Cannabis can be consumed in a variety of ways, including smoking, vaping, edibles, and topicals. Cultivation of cannabis for personal use is also legal under the Cannabis Act. Adults are allowed to grow up to four cannabis plants per household. The Cannabis Act was created with the intention of keeping cannabis out of the hands of minors and reducing the illegal market for cannabis. Cannabis legalization has been a hot topic of discussion in Canada for many years, and it was one of the key platform points during Justin Trudeau’s campaign for Prime Minister in 2015. 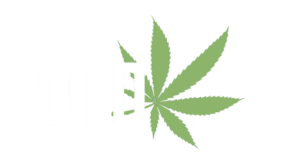